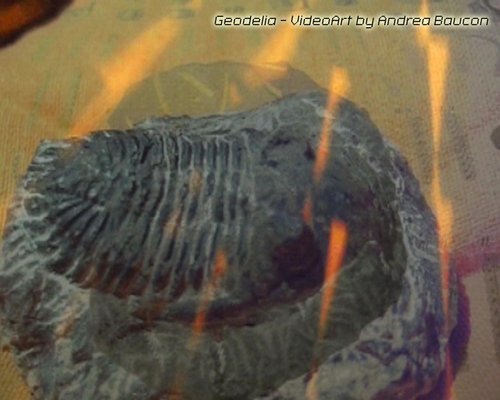 Geodelia is a Video Art installation linking Geology and Art.

Geodelia is based on moving pictures and comprises video and audio data, but it does not rely on the conventions that define theatrical cinema. It does not employ the use of actors, it contains no dialogue, it has no discernible plot, and it does not adhere to the most of the other conventions that define motion pictures as entertainment.
Geodelia invokes Geology as a mechanism for obtaining aesthetic inspiration. The animated compositions of Geodelia are an expression of geological objects but they may exist with a degree of independence from visual references in the world. Indeed Geodelia features the element of surprise, unexpected juxtapositions and non-sense.

I authored Geodelia for the Boom Festival, that is one of the most important music festivals in Europe. Bringing together the latest inspirations in psychedelic audio and visuals, Boom Festival features music, paint, sculpture, video art, theater and various kinds of workshops. The Boom Festival is located at the heart of the UNESCO Geopark Naturtejo.

The first section of Geodelia introduce the visitor to the magic of Geology through three videos: 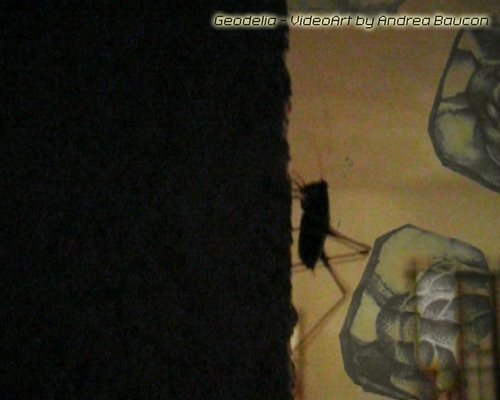 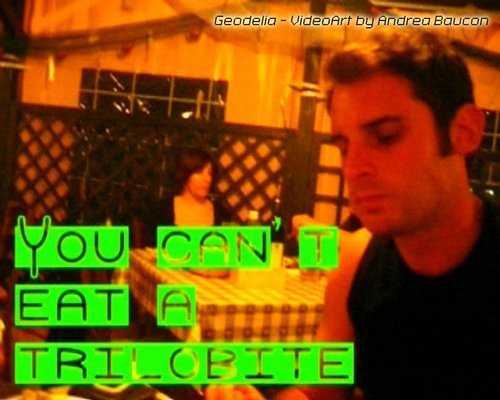 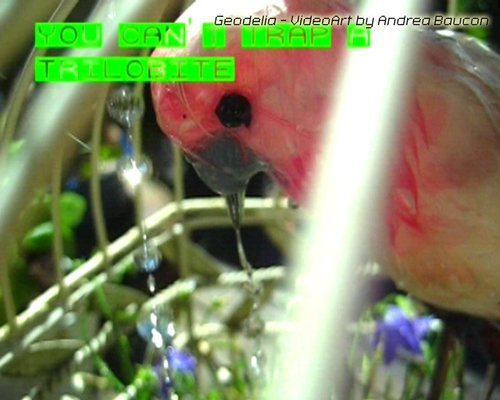 Dance of Plagioclases. Geologists can tell you the primeval history of a rock by observing its thin section at the polarizing microscope.
They can tell you if a certain rock was squeezed by moving continents. Or if it was hot magma with 1200 ì ¦lowing kilomethers under Earth’s surface. The microscopic structure of rocks can reveal an erupting volcano.
Until now, thin sections have been domain of geologists, but this installation brings thin sections to a new dimension: aestethics. 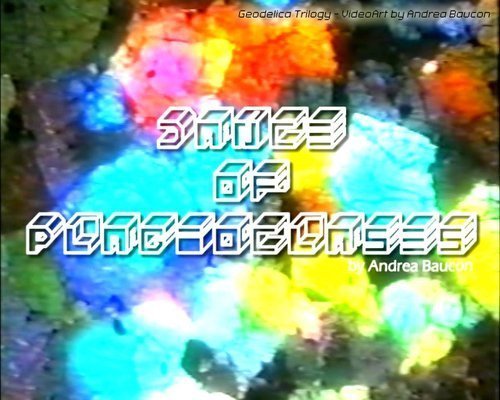 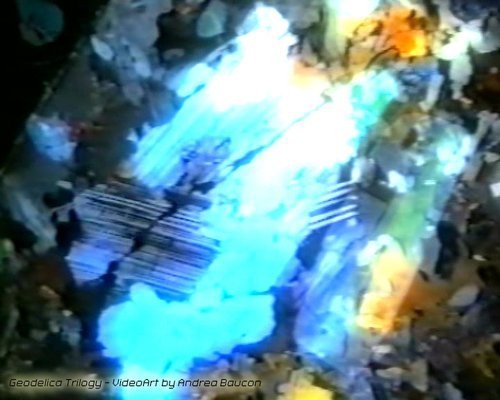 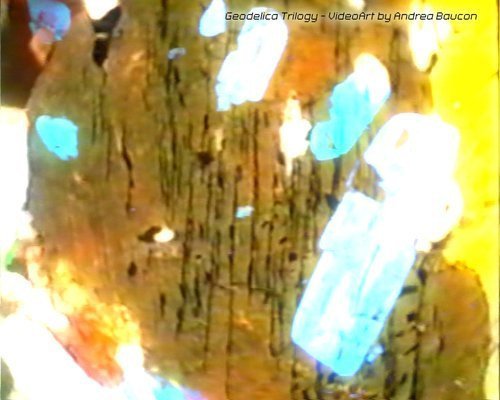 You were snow, you were sea, you were trilobite. 70% of your body is water. Where is this water from?

The second section of Geodelia deals with the psychedelic colours of Geology.
Geological features evolve on the screen, and shapes and colors seethe and morph hypnotically with hallucinogenic flowing colors. As geologic patterns materialize on the screen, the colors undulate, in a harmonic array of mind-blowing morphologies. Three videos deal with this!

Hypnotic dreams of miss trilobite. Trilobites developed one of the first sophisticated visual systems. Their eyes had up to 15,000 lenses per eye, minimal distortion of image and good depth of field. Thanks to their sophisticated eyes, trilobites saw many strange creatures in the primeval oceans. Did trilobites dream of their weird encounters?

Arthropod love/meeting the ancestor. Trilobites are an extinct group of animals and they are evolutionarly linked to insects. What if a beetle met its ancestor? 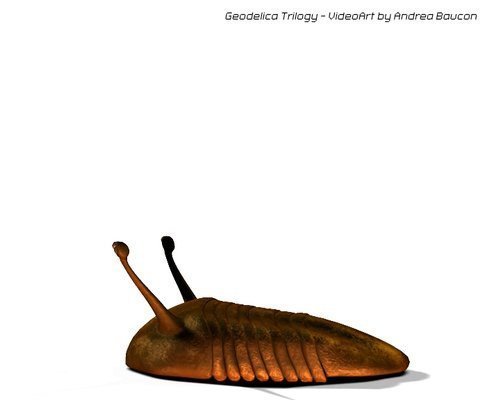 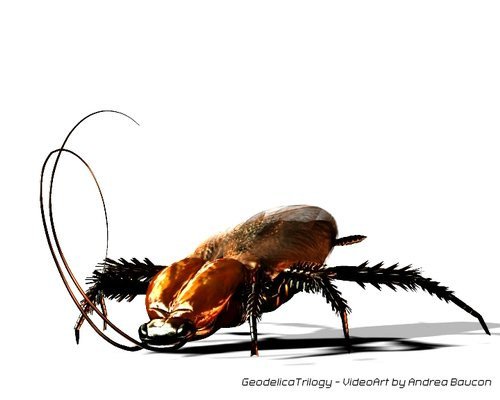 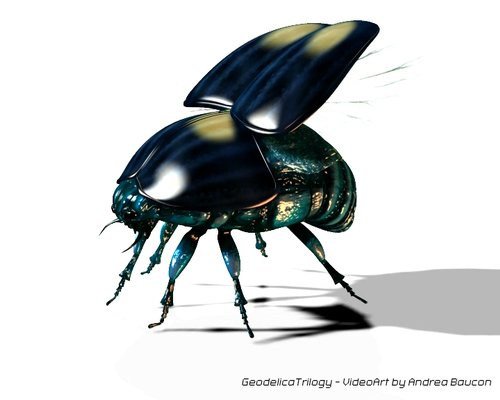 They were not only pyroxenes. These installations bring a new concept to Video Art: petrographic thin sectioning.
A thin sliver of rock is cut from the sample with a diamond saw or a laser, mounted on a glass slide and then smoothed using progressively finer abrasive grit until the sample is only 0.03 mm thick. Thinner than a human hair.
The thin section is ready to be examined under the light of polarizing microscope.
Thin sections are prepared by geologists in order to investigate the minerals constituting the rocks. As different minerals have different optical properties, most rock forming minerals can be identified by their “color”. In fact the aestethics of petrographic thin sections is breath-taking: colorful psychedelic colours tell the inner story of Earth.
This is the first appearance of “petrographic thin sectioning” in Video Art – ever!

The third section of Geodelia is dedicated to the relationship between humankind and gelogical landscapes.

Destiny*Yesterday. The screen is divided in two parts, representing the imminent changes in our environment. The striking contrast among breath-taking geological landscapes and pollution.

You are in the Geopark. the first installation of Geodelica took place in a Geopark, a special place for Geology. Thus, I wanted to say to the visitors: “You are in a special place!” by showing the beauty of geological landscapes. 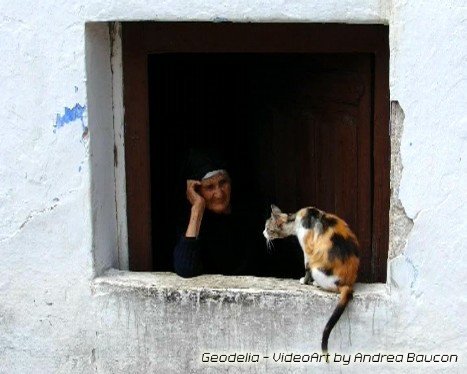