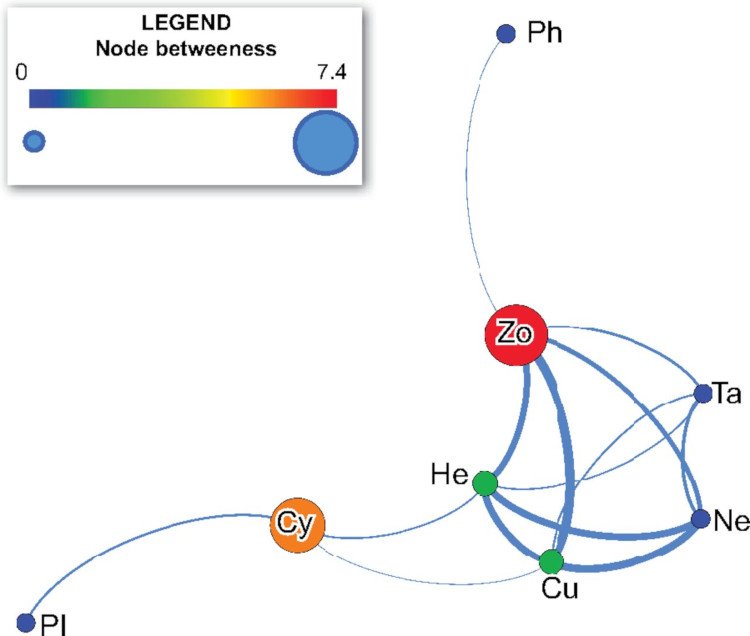 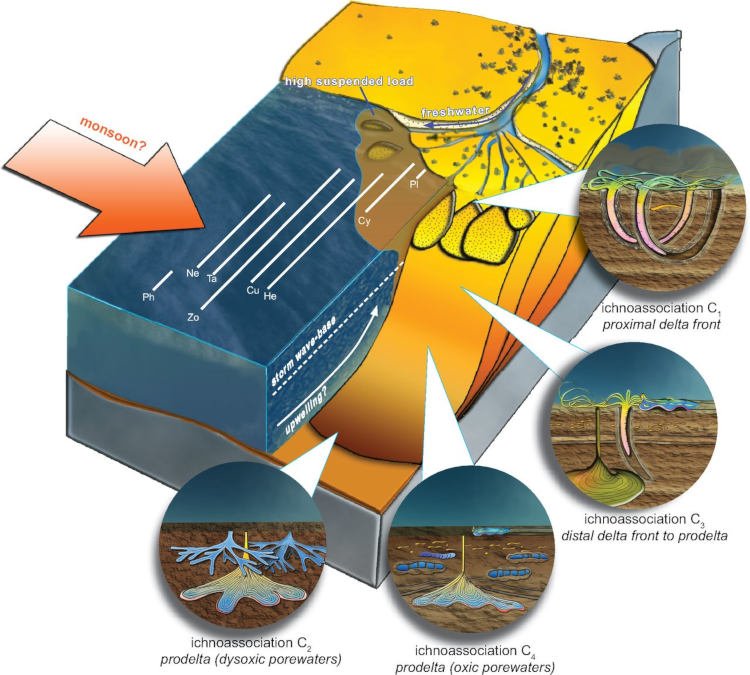 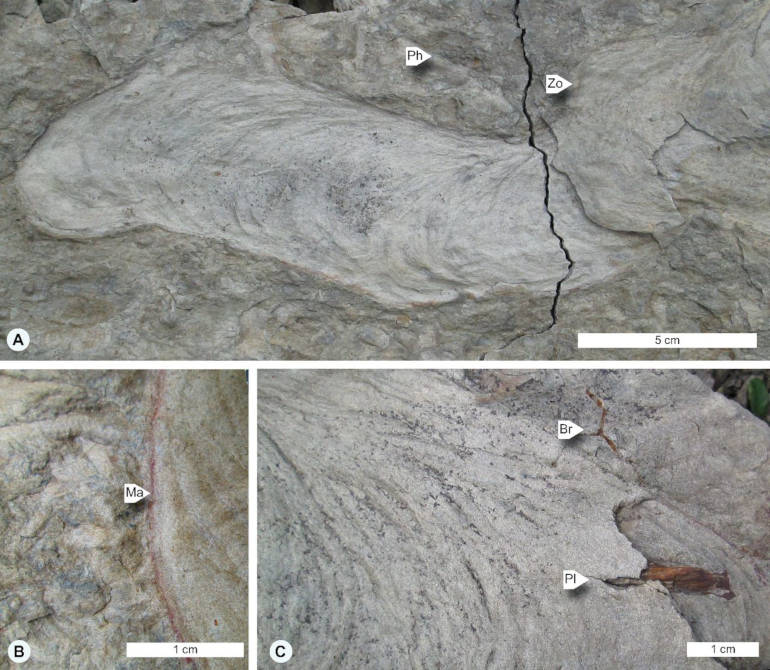 The Pramollo Basin (Italy-Austria) is one of the richest body and trace fossil sites of the Alps, and exhibits a well-preserved Permian–Carboniferous fluvio-deltaic to marginal-marine sedimentary succession. Despite the exceptionally abundant and well-preserved ichnological heritage, the trace fossils of the Pramollo Basin are not well studied, particularly those of Permian units.This study focuses on the ichnofauna of the Val Dolce Formation (Permian; partly Asselian to partly Sakmarian), with the goal of documenting its ichnological heritage and reconstructing its paleoenvironment. These research questions are addressed by applying network theory, an emerging field of complexity science that focuses on web-like systems made of interconnected entities. An ichnological system can be seen as a set of interlinked ichnotaxa, the topology of which depends on the organism-environment interactions. In addition, traditional paleontological and sedimentological observations are used to reconstruct the paleoenvironment.

As intersections of sets can be described by networks, the studied ichnoassociations can be considered as occupying intersecting behavioral niches. In analogy with the concept of a Hutchinsonian niche, an ichnotaxon’s niche exists in a multidimensional abstract space defined by environmental parameters, which are expressed as spatial variables in the paleolandscape. Consequently, ichnoassociations are not just association patterns, but represent spatial, environmental, and topological entities. This approach allows the reconstitution of spatial relationships between the geographical ranges of ichnotaxa and ichnoassociations, providing information on the physical arrangement of different subenvironments, that is, the structure of the paleoenvironment.

Does the Ichnogis method work? A test of prediction performance in a microtidal environment: The Mula di Muggia (Northern Adriatic, Italy)

Evolution of Crustaceans at the edge of the end-Permian crisis: Ichnonetwork analysis of the fluvial succession of Nurra (Permian–Triassic, Sardinia, Italy)